Give us your input on how we may improve the game in future versions.
Forum rules
By using the forum you agree to the following rules. For this forum you also need to follow these additional rules.
Post Reply
505 posts

I'd like a clickable button (like the debugging one in map editor) which can be used in multiplayer and link some triggers and decide who can use it..
1 x

Ability to turn off shaking, for example shaking on Subways when train is passing by disorienties for a couple of seconds. Or shaking the WHOLE map when some barrels are exploding can drive you wild.
1 x
Top

Fix of balloon, possibility to lift any easy objects in the air
1 x
-Content-maker.
Top

Would be nice if you add some bonus colors for palette that used for moon, stars 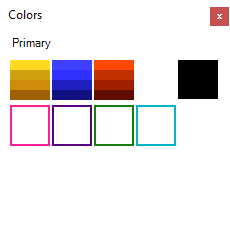 Don't know if it's too late to suggest something but..

-Ability to change Bot's Clothes and Skins via clicking the "Bot" player in the "Create Game" menu (the one with bot appearance) and make atleast nine (9) bot clothes wardrobe just like the player clothes chooser.
(i know it's repetitive and old but please make it implement as i want to battle with Agents, (Bears?), Thugs, Gangs, and some random clothing bots to choose and i'm not the only one who's begging for this).

That's all that i wanted so i can battle bots just like old times (Superfighters).